Here is the vision of a dichotomous fusion, the ghostly vision of a metallic, rusty forest. Here is the natural integration of toxic aesthetics, the poisonous beauty of a corrosive poison. Here is the abstraction of an adulterated and distorted reality; Over time; the distillation of disturbing silence; the antithesis of a repulsive attraction. Here is the rotten magnetism of rust, the sensuality of natural outrage, the desecration of the countryside. Here are the titanic creatures that rooted in the bowels of the drilled earth. The mechanical process. The fragility of nature. The vulnerability of human pettiness. Here is the door to the dark.
The metallic giant –the origin– as a starting point towards a journey through personal perception, the vision of a reality that will be veiled, the feelings and emotions impregnated in the serigraphy, in the oil, in the glazes, in the vegetable paper. Skeletons of structures such as tangles of iron, labyrinths in which to lose oneself, thick and opaque lines, polygonal gaps that let the color of tósigo pass through. The bright and attractive color, the vivid, seductive, suggestive chromaticism of sulfur, as hypnotic as it is repulsive and smelly. Tan bello como el agua teñida, el agua añil, el agua roja, el agua contaminada, intoxicada por el pillaje, el colonialismo, la ambición y la avaricia. Stained waters, as beautiful as condemned to carry death where there has always been life. Here reality becomes abstract. The figurative transferred.
And well number five emerges, rises, stands alone, like a colossus resistant to the passage of time, an iron giant, clinging to an era that no longer exists. Like a beacon, like a lookout who endures intoxication and the vibration of the subconscious filter, it persists in the mental image. It appears wrapped in a green halo, distorted by the convulsion and the vividness of memory. On the verge of vanishing, its slender legs washed out, on the rusty sunset. Gaunt and emaciated. Terrifying and cadaverous. Sentinel of a landscape that shudders and terrifies, that attracts and captivates.
The veiled sieve of rain and acid falls on well number five. We can hardly perceive it. La integración natural. The shining beauty of a deadly spell. The crystallization of a whole process. The end of the road. The trace of memory. The broken memory. 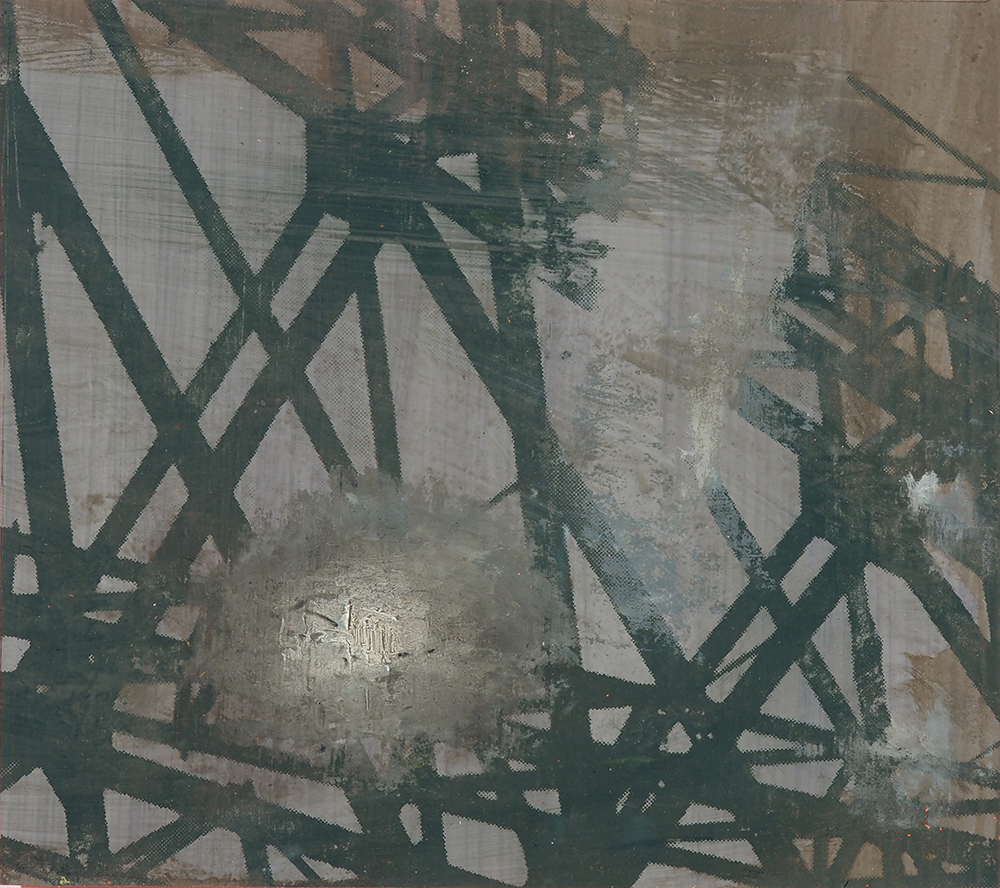 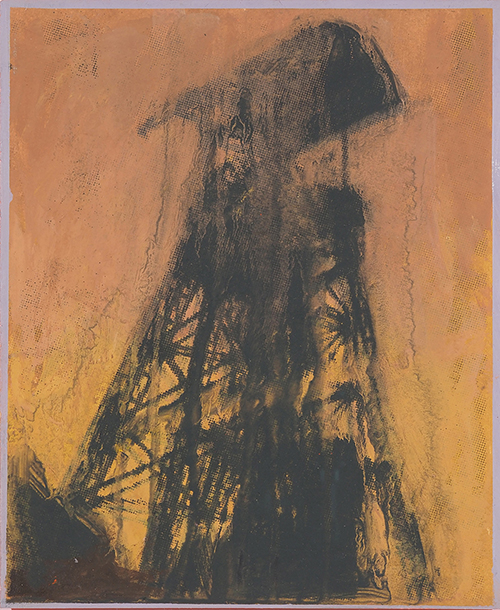