If we reflect on a common thread between music and architecture, we can probably conclude that it is precisely the void that unifies both languages ​​in a more evident way. The absence of sound in a score is defined precisely by the sound environment, we could say that the emission of musical notes creates a structure in which the silent times define a vaulted space, an architectural space.

In graphic language, a similar phenomenon occurs, the tension that is generated between full and empty space, in a two-dimensional format, is intuitively perceived. If we place a point in an empty format, we will detect how visual tensions are produced depending on how this point is placed in relation to the perimeter edges. However, by placing it in the center equidistant, the spatial tension tends to balance out. However, the point generates an intrinsic tension and an external one by association with the environment. Unlike this, the line has tension and direction, as it is constituted, according to one of its theoretical definitions, as a succession of points, which would provide a displacement equivalent to the representation of movement, which would add the time factor to the equation .

Time, then, returning to music, is decisive in it since the fragmented administration of this factor is what gives rhythm to a composition, based on the times occupied by notes or those lacking them, thus full of silence, of emptiness, of space, of architecture.

In relation to music, I have always found the sound produced by an instrument discreetly turned off by a mute to be sensual. This gives it, perhaps, an intimacy and nighttime quasi whisper, a sophistication that muffles the sound and warmly brings the notes closer to our interior space.

It may not be more than a coincidence, but it gives me a special pleasure to observe rationalist architecture and jazz, especially the music of Chet Baker or Miles Davis. When I face the empty space of the canvas in the solitude of my studio, I interpret architectural compositions, sometimes iconic landmarks, others derived from an organic graphic that contrasts with another Cartesian, and in the background that evocative music.

In this exhibition, I would like to share these visual sensations accompanied by that background music with the viewer who faces each work. A communion close to an organoleptic happening … perhaps, the only thing missing was the accompaniment of a sibylline Dry Martini. 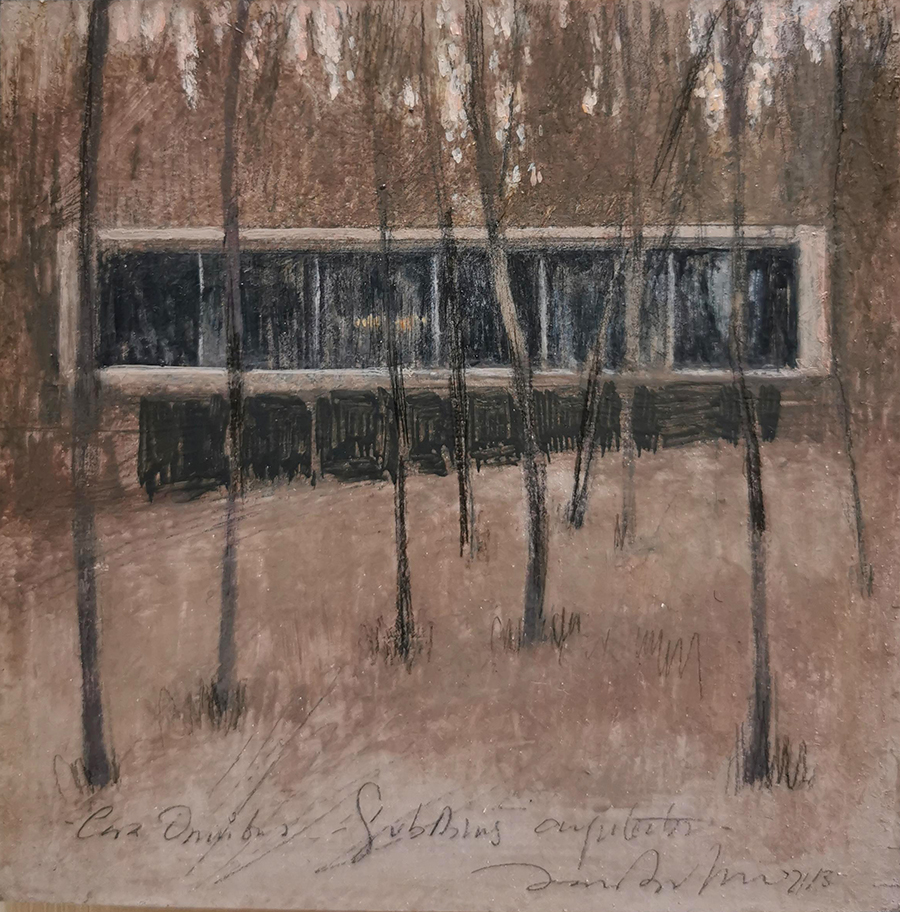 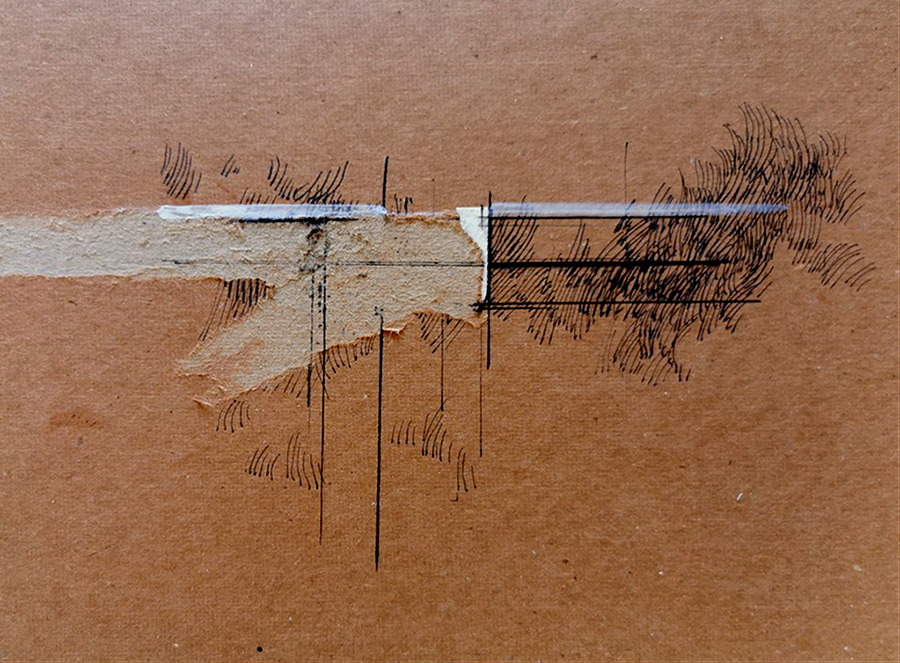